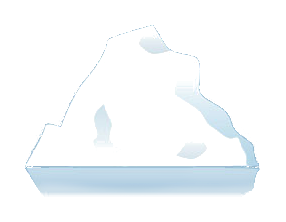 Welcome French and Russian users to our site, we have updated our language model to continue to make it easier to add new languages. Many of our tools have been updated and improved over the last few months.

Lots of updates to all the tools, saw a few broken pages. Everything should be back up and running again.

Updated the content of a few tools, plus added more linking features from tool to tool. Including 3 new credit card number generators that work for the major credit card brands, along with an article as to why you should get a fake id.

Plenty of new fixes to the site and the addition of new languages.

On top of going responsive we have started adding more content to our page and a really cool new tool that lets you build credit cards to specific countries and to the specific banks that issued the credit card. More options have been added to the generators with more cross-linking to do validation of the generated information.

Take a look at Build a Credit Card.

We have gone responsive. This has been in the works for a few years now testing out different frameworks and even trying to write our own. So in the end we have gone with on Foundation 6, hope everyone likes it. Plus tons of updates to every page.

New tool added that can validate and give more information about the Bin Code for the credit card.

Check out the page Bin Lookup.

New server upgrades added, including SSL Certs to stop anyone from snooping. Had quite a few hacking attempts on the site and a few DDOS attacks, hopefully that is all behind us now and the new server should help with these problems. The site should load faster now and we will continue to monitor and make the site faster where we can find improvements.

Has been a long time coming but we finally have the Bin Info showing for the credit card validator page. More tools around this will be coming out in the near future.

vCard/hCard and a few other ideas added

Fake Profile/Identity Generator has been upgraded a bit more, adding vCard and hCard to save your profiles. We were finding that we would create a profile then have to create a contact to save this profile, and would take a lot of time. Hopefully everyone finds the vCard useful, We will be adding a download option and a QR Code option in the near future for this. Also did lots of fixes around the password scoring tool. Thanks to those that submit feature ideas to the site.

A few bug fixes across the site, and added Google Plus account, a Twitter Account and a Facebook page so we can hear back from you. We have heard from some people indirectly that they have used the data generated on our site for iTunes, Netflix and Hulu.

Better looking queries, we have added colour to better view the queries and a select all for making it easier to copy the text off the web page. A few bug fixes for some of the errors that were generated were also caught on this release.

A whole slew of new tools and upgrades added to the site. We have been working on a bunch of side projects that required lots of profiles to be generated so we added new features to almost all the tools. Also made some of pages easier to read with slightly better layouts. IMEI has been added, along with a password strength tester, new abilities to generate profiles for a specific state or province, SIN validator. With more to come in the next few weeks.

Generate a list of fake users with address, city, province or state, country, zip code or postal code and phone number. Every user that is created has realistic zip codes/postal codes and phone numbers based on the state or province the user was created under. We painstakingly track area, postal, and zip codes, to provide the most realistic data possible.